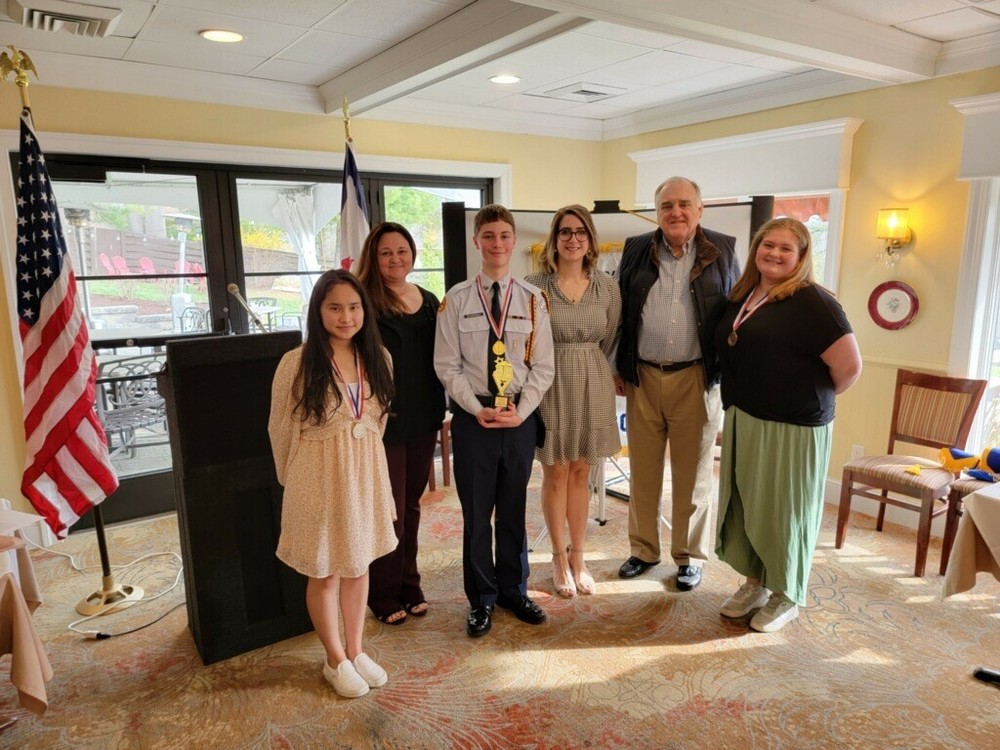 Mr. Stacpoole's speech focused on Horatius, a legendary Roman army officer who defended a bridge against an invading army in the 6th Century BC. A freshman JROTC at Jefferson High, he is homeschooled academically.

Ms. Cedillo, a JHS junior, is vice president of the school's Rotary-sponsored Interact Club. Her speech focused on the local and national impacts of teacher shortages.

Ms. Riner is also a freshman Air Force Junior ROTC at JHS. She presented a speech about commitment.

Aimed at encouraging high ethical standards among young people, the Four-Way Speech Contest is an annual competition that invites area high school students to present original speeches analyzing a topic of their choice from the perspective of Rotary's core principles. Those principles subject every action to the following four-question test: